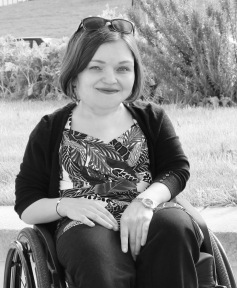 I received my PhD from the University of Nantes in 2009, with a dissertation on polarity and epistemic indefinites in Romanian. Between 2011 and 2014, I was a post-doctoral researcher at the University of the Basque Country in Vitoria-Gasteiz (UPV/EHU) and a member of the Basque Research Group of Theoretical Linguistics (HiTT). In November 2019, I obtained my habilitation in Linguistics (Logic and inference in natural language : the view from Romanian).

My research focuses on the semantics of natural language and its interface with pragmatics and syntax, from a cross-linguistic perspective. I have worked on negative and positive polarity, as well as free choice phenomena, dealing primarily with epistemic and free choice indefinites in Romance. Other topics investigated include free relatives and other wh-constructions, neg-words and negative concord, epistemic future and modality, implicatures and alternative semantics.  For details and downloadable papers, check my Publications page.